Vinesshia Villiers is an experienced litigation paralegal with with Greenblatt Agulnick for four years, and focusing on insurance and property damage litigation.   In 2019 she completed her juris doctor studies and sat for the February, 2020 New York Bar Exam.

Scott E. Agulnick is a second-generation litigator and an insurance claim litigation attorney. His education and career path has successfully been aimed at becoming one of New York’s top legal strategists. Immediately after receiving his BA in Political Science from the University of Wisconsin at Madison.  Scott attended Yeshiva University’s Benjamin N. Cardozo School of Law, received a highly sought internship at the Kings County District Attorney’s Office, a position as student legal specialist position at the New York City Law Department, and was selected to work on cases at Cardozo’s highly regarded Innocence Project, devoted to exonerating the wrongly convicted through DNA evidence.

After receiving his Juris Doctor degree, Scott was appointed as an Assistant District Attorney in Brooklyn, New York where he handled thousands of misdemeanors and felonies. During his tenure under District Attorney Charles J. Hynes, Scott served in Brooklyn’s renowned Domestic Violence Bureau and Felony Trial Bureau. Thereafter, Scott brought his advocacy skills and passion for litigation to a prominent Manhattan firm focusing on criminal and civil litigation and personal injury law.  In 2005, Scott proudly joined with Matthew W. Greenblatt to form The Law Offices of Greenblatt & Agulnick, P.C., where he continues with great success to pursue denied insurance claims on behalf of property insurance policy holders and general litigation matters.  Scott has been selected as a Superlawyer in the area of Insurance Coverage in 2016, 2017, 2018, and 2019.

Steven is counsel to the firm who is known as a fearless and prolific writer and litigator.  During the course of his career, he has proven himself to be a rising star amongst policy holder attorneys.
Steven has handled all variety and levels of litigation, ranging from Federal FEMA Flood litigation to appellate practice. 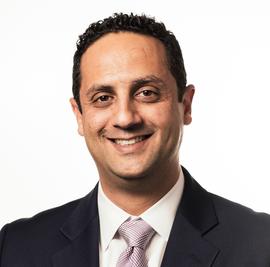 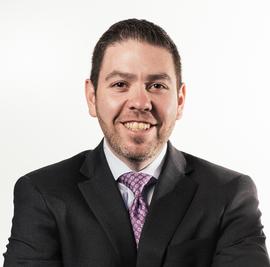 Matthew W. Greenblatt is an extraordinary real estate lawyer. After receiving his Bachelor of Science degree from Syracuse University, Matthew went on to excel at Pace University where he received his Juris Doctor degree from Pace University School of Law but also a Masters in Business Administration from the acclaimed Lubin School of Business.

After being admitted to the Bar of the State of New York and the Bar of the State of New Jersey, Matthew received a coveted position as an Associate in the General Counsel’s office at a well respected Property Management firm. His expertise in both law and business pushed his career to new heights when he accepted a position at a high powered Manhattan law firm. During his tenure there, Matthew successfully handled multi-million dollar real estate transactions and commercial litigation.

After proving his skill as a litigator and his business savvy, Matthew formed Matthew W. Greenblatt, P.C., where he successfully built a general law practice based upon excellent service and an understanding that the client’s needs are paramount.  Upon partnering with Scott E. Agulnick and forming Greenblatt  Agulnick, , Matthew’s knowledge of the law proved the perfect compliment to Scott E. Agulnick’s litigation practice.